At this point everything about this comic book is basically iconic.  Almost everyone has either read these comics or they have been watching the wildly popular show (when my fellow chef’s are asking me week to week if I have watched the newest episode, you know it has hit the main stream).  I’m trying to come into reviews of the comic clean though.  Trying my best to not put Andrew Lincoln’s face over the comic book version of Rick Grimes.  Trying really hard to not hear the actor’s voices.

With that in mind here is Rick Grimes in a shoot out on the highway.  Rick is shot.  Rick wakes up in the hospital, post zombie apocalypse.  As he stumbles through the wasteland of Harrison Memorial Hospital he has his first encounter with the walkers.  A cafeteria full of them attack and through dumb luck Rick survives, only to escape into a world gone horribly wrong.

Making his way back home he encounters more of the dead.  His mind seems unable to wrap its way around what is going on.  Because of the information  overload he doesn’t notice when  Morgan and Duane Jones sneak up behind him and knock him on the head with a shovel.  He awakes in a strange place again, but surrounded by much friendlier faces.  Morgan and Duane give him a meal and a place to stay for the night, so Rick repays them with guns and weapons, but he is moving on in the hopes of finding his family in Atlanta.

Robert Kirkman has a handle on the tone of people in an impossible situation.  Rick is filled with hope and promise.  He expects to just make his way to Atlanta, find the police or the Army there protecting it, and his family safe and sound.  Morgan and Duane feel the same way, that if they hole up in the house they have taken over that they will be just fine when the Army comes and wipes out all the zombies.  They are still ignorant to the world that they find themselves in, and unfortunately I can no longer divorce myself from what I know of the story.  Their hope is sad, because they live in a fairly hopeless world.

A world rendered in glorious black and white detail by Tony Moore.  Moore doesn’t need color to convey the rot and decay of the zombie horde.  They are nasty and frightening looking.  There is so much focus on how viscerally disgusting they are that sometimes the living get lost in the mix, and that is a good thing.  The Walking Dead at this point is all about the zombies.  The people are just there to be fodder for now.

We all know about the TV show, and how amazing this comic is, but revisiting it I can see why all over again.  This is just the beginning and unlike so many first issues, I know that I’m already re-hooked.

Newsarama has issue #1 and #49 up for free.  Seriously, go and read this.  You’ll be hooked and want to read them all.  Personally I’m going to save a little here and there to pick up the compendiums, but this will tide me over till then.

The free comic book day issue of The Walking Dead is going to have an exclusive story in it featuring Tyrese.  With Robert Kirkman saying that it will not be collected in the TPB of the title.

Just trying to make fans of The Walking Dead who buy things in trade paperback form aware that they should snag this free comic in order to get everything.  So yeah, it’s all an effort to get as many people in stores as possible, on top of providing fans with something cool for free.

So if you are a Walking Dead completest this is a must have from Free Comic Book Day. 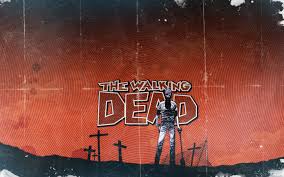 In an interview with CBR Charlie Adlard discusses his new French style sci-fi title The Passanger, how he feels about the visuals of the characters in the TV version of The Walking Dead, and the scenes in the comic that he didn’t want to draw in The Walking Dead because the were too hardcore.

Its a cool interview, check it out here: