Editor’s Note:  This review of Beware…Formula X has been moved to the top of the pile so we can let you know about Wewincon.org.  Mike Perkins (co-creator of Beware…) will be donating 50% of sales of this book, and several others, to support Boston Children’s Hospital in the wake of the Boston Bombings.  For more info click over to We Win Con.

Todd isn’t a popular kid.  As a matter of fact when faced with the choice between hanging out with the cute girl that likes him and continuing with his plant experiment for AP Botany, he actually has to take the time to think it through.  He decides that if he uses the fertilizer labeled “Formula X” on his fungal experiment, that it should give him enough time to go hand out with the girl for a while.

As with all things labeled “X” not really the most safe decision.  The fungus that mimics and orchid to attract and kill ants (by making fungal zombie ants) has a rapid growth spurt and using its biological  mechanism for spreading eats the janitor and then begins to  spread itself through the school.  Todd has to save the day.  His quick mind isn’t just for botany, with wiffle ball bats, road flares, and heat resistant gloves he makes improvised flame throwers.  He takes the fight to the plant.

Beware… which is is a bi-monthly ongoing from 215 Ink, hits all of the sci-fi horror buttons dead on.  It is by turns silly, intelligent and gross.  Done by a team of brothers Michael Perkins helms the writing.  He has this style of campy horror and sci-fi in the bag, with a story that is reminiscent of the horror comics like Tales From the Crypt, and Haunt of Horrors.  Visually the art, by brother Will Perkins, is a little more modernized.  The art is like anything that you would see in a modern horror comic book.  The fungal take over of people is a gross out in the fun way, and when he spoors and explodes it is even more fun.  This is worth picking up, and right now you can do it while donating to a great cause.

There are always things that I love and hate about independent comics. I always love how creative and original the plots and art are.  I think what it really comes down to is that, like everyone else, I’m used to the formula of comics that Marvel, DC and Image have been putting out since I was a kid, and that pretty much every company mirrors.  With that said the quibbles I usually have very rarely have to do with the plots or the artistic direction or quality, that is what makes comics great, it is  usually something that is so minor and dumb that I shouldn’t even be bothered with being annoyed by it.

Gun Devil has one of those things.  The page numbering.  The bottom 1/16 of every single page has a block with some really great art involving demon skulls and a pentagram that is solely devoted to the page number.  It just annoys me, don’t know why, and it has little to no bearing on the content and artistic quality of the book (as a matter of fact the page numbering blocks are really well done). I just don’t think that they fit.

With my minor irritation out of the way, lets talk about the book.  Gun Devil takes place in Damnation a western world populated in whole by demons.  The start of the book involves a family of demons that are on the run from some bandits.  When their stagecoach flips over they continue their flight on foot deep into the woods, only to find a old demon sitting at a campfire.  They feel safe, and he offers to tell them a story.

The tale the old demon tells starts off in the town of Bone Snap (Population: Who Gives A Fuck), and it has all of the tropes of your standard western.  There is a drunk, a gun slinger, and a brothel full of whores right next to the saloon.  When the town drunk rips off the gunslinger for his bag of money the imminent gun battle comes to a head, leaving the issue with a cliffhanger.

It is a fun little title, Noah Whippie, both the writer and the artist struggles with a little bit of clunky writing at the very start of the issue but it gets really good really quick after those first few pages.  What really stands out is the art though, at first the extremely sparse backgrounds were distracting to me, but in some ways they really highlight the crazy amount of detail that is packed into these sepia toned pages (with little splashes of color here and there).  This is a beautifully drawn book.

Personally I’m a huge sucker for the horror western (as I have said many a time), so this scratches that itch.  I’m very interested to see where this world goes.  The idea that Hell (which is what I assume Damnation is) is effectively a Sergio Leone film really appeals to me, can’t wait to read issue #2.

Next Time: Hellstorm: Prince of Lies #1 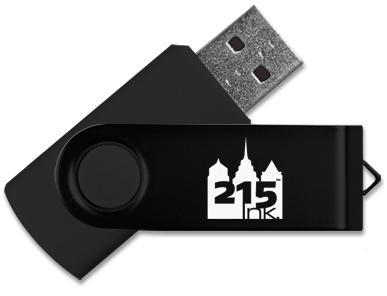 For about the price of a trade you will be able to pick up 215 Ink’s catalog on a USB along with some trailers for their upcoming stuff.  If you are heading out to some of the con’s be sure to check them out and pick this up!

Right now they are slated to be at:

This review is done in conjunction with Graphic Policy

I remember the first time I saw Trainspotting. I was a bit to young and naive to really understand what was going on. No one I knew had ever done drugs, and with the exception of very few people I still don’t know anyone that has done anything as strong as heroin.  All I remember about the first time that I watched Trainspotting is that everything was jarring and disorienting.  The things that they would see, the feelings that the drug, or lack there of would illicit, though often played for laughs, seemed sinister and dark to me.  They weren’t in control of themselves, the drug was.  To me that is just as valid and frightening of a possession as The Exorcist.  That lack of control is real life horror to me.

Golgotha has that disconcerting feel to it, because this book is all about a bunch of junkies.  Aleister is an outsider artist, and a addict, and the start of this book finds him on his way to state mandated rehab.  If he is able to complete the program he will be given a free pass on his prison sentence.  Things are going just fine (if a little boring) when he discovers that the grave of his literary (and hometown) hero H. P. Lovecraft has been desecrated.  He calls his friend Jude to see if there is any more to the story than what the newspaper is saying, only to find out that the vandals stole HPL’s skull.  Aleister will not stand for it, and breaks out of rehab that night.  So begins his adventure in finding a skull a midst a slew of junkies.

There is a whole crew of them too, his friend Jude, Brazilian guys that dress as Vampires, a gang of British punk rockers, a former love interest, his dealer/hang around buddies Shawgrim and Grimshaw, and Crazy Henry.  The people in this book are solid characters, each with depth and personality, but in a crazy way they just fade in and out of the story like ghosts.  When they arrive they serve a purpose, and when that purpose is over they move on.  Some live through the ordeal, some don’t, because the hunt for Lovecraft’s skull turns out to be a little more contentious than Aleister thought.

Dark things that dwell in the shadows of Providence seem out to get them.  People turn into creatures who want to consume and devour, huge creatures that can flip over a car.  Alister even treks into the sewers and finds a coven of Deep Ones worshiping at the feet of Cthulhu’s idol.  Even with such strange things happening seemingly to all of them; no one will buy that Aleister is seeing what he says he sees.  Because all their thoughts are colored by the drug.

Deep Ones, monsters, magic powers bestowed by the skull, all of it may be in a world of imagination.  All of these things might be hallucinations.  We the readers never know.  Writer Andrew Harrison leaves that up to you the reader.  Is this a world populated by the characters of HPL’s stories, or is it just the ravings of a junkie trying to get clean and failing once again.  So much of the interplay in this book is about the drugs, the relationships that it has ruined and created in ruins.  The art then punctuates it with splattery edges and crazy looking people, from Karl Slominski.  The best illustrated is Crazy Henry, a schizophrenic whose thoughts are literally spilling out of his head every time he speaks.

This is a really interesting, and in some ways haunting book (I actually had some pretty crazy dreams the night that I read this).  The monstrous horror is mixed with the horrors of real life in a very creative way.  This is Trainspotting done by Howard Phillips Lovecraft.  This is the tale of the junkie through the eyes of gods that dwell deep with in the ocean or claw at the night sky to once again subjugate us.  This is a deep dark rabbit hole of a book, HPL would be proud.

Don’t typically re-blog to much, but this is right up my alley. Seriously this comic looks amazing, and I will be actively seeking it out to read.

Golgothafollows the harrowing happenings of a few fun-loving junkies as they attempt to recover the stolen skull of Lovecraft – a totem that holds enough power and secrets to send Providence straight into the sea. Standing in their way are their enormous drug habits, belligerent punk rockers, Brazilian vampires, and the unspeakable horrors of Lovecraft’s fiction seeping into reality…

Written by Andrew Harrison and the manic illustration of Karl Slominski.